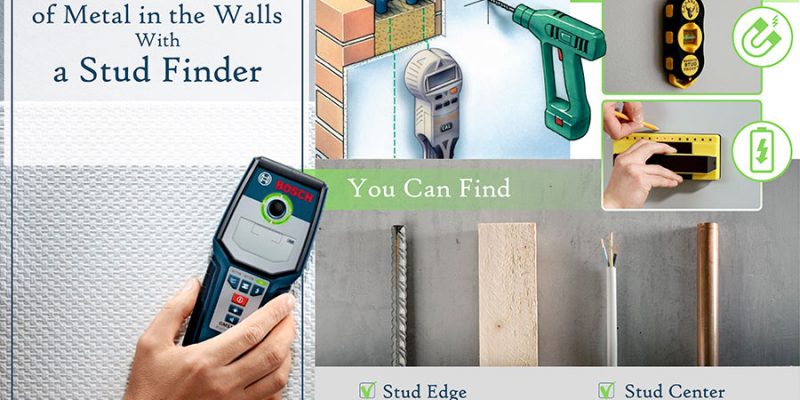 The stud finder tools are of two different types. Firstly,